In celebration of a wonderful 15 years, the Larsons spent three weeks in Portugal.  What a country!  Our first stop was Lisbon.

The Jeronimos Monastery was built in 1502.  The magnificent complex was financed by the spice trade.  Here sailors prayed for a safe journey and thanked God for a safe return. 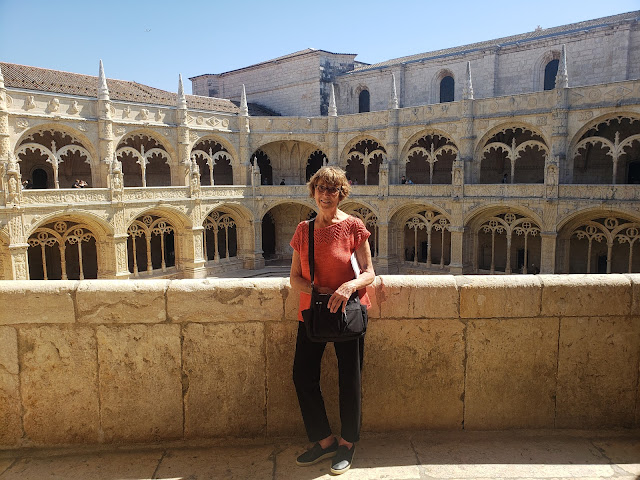 The tomb Vasco de Gama is at the entrance. He was the first explorer to link India to Europe by sea propelling Portugal into a world power. 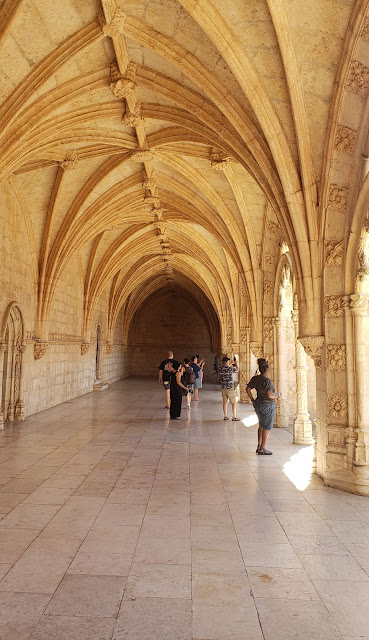 Calouste Gulbenkain, a wealthy Armenian businessman and philanthropist, was educated at King's College in London.  Tithed 10% of his annual wealth to art and gifted his amazing collection  to a museum that bears his name.  The collection, although smaller, rivals The Louve in quality.  Among the Monets and Rembrandts and the magnificent Lalique jewelry collection are amazing gold and silver pieces. 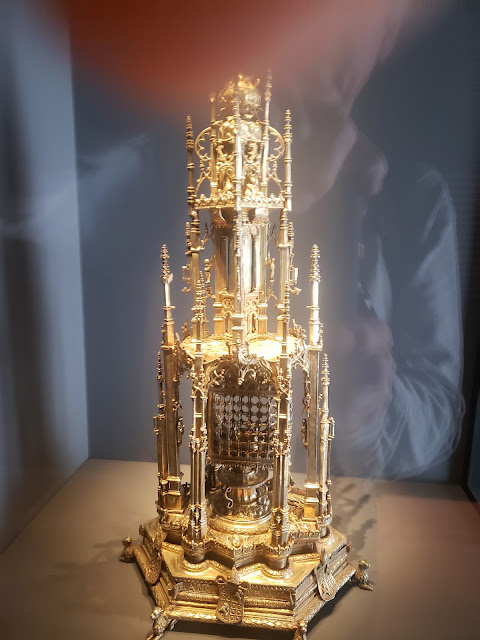 The buildings of Lisbon are spectacularly tiles.  Mostly in blue and yellow because yellow repels evil and blue keeps flies away! 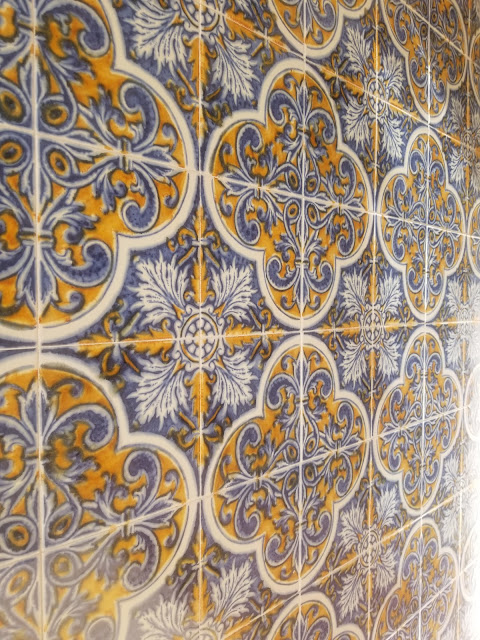 And the food!  We ate and wined our way through all of Portugal. 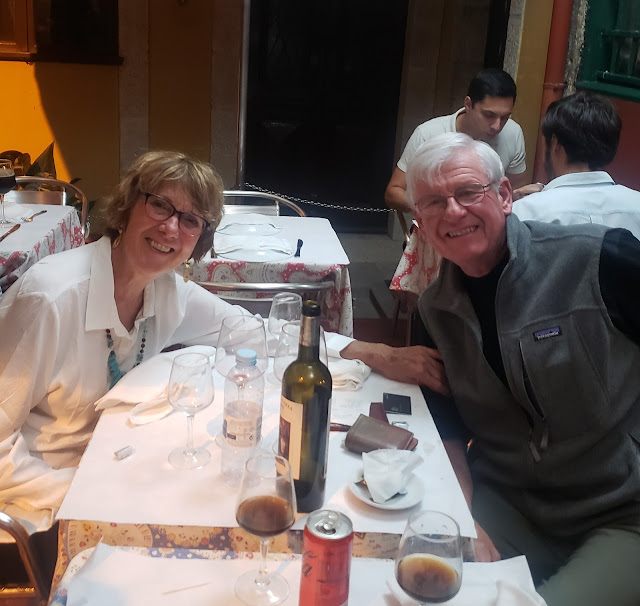 The octopus we had was tender and delicious.  A favorite was octopus salad. 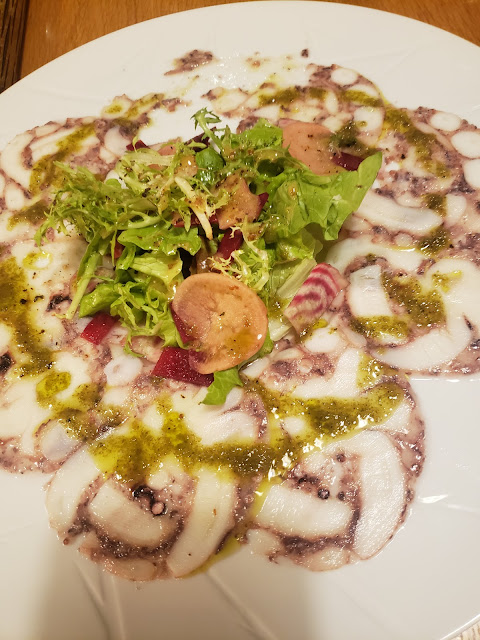 Some of the preparations were interesting. 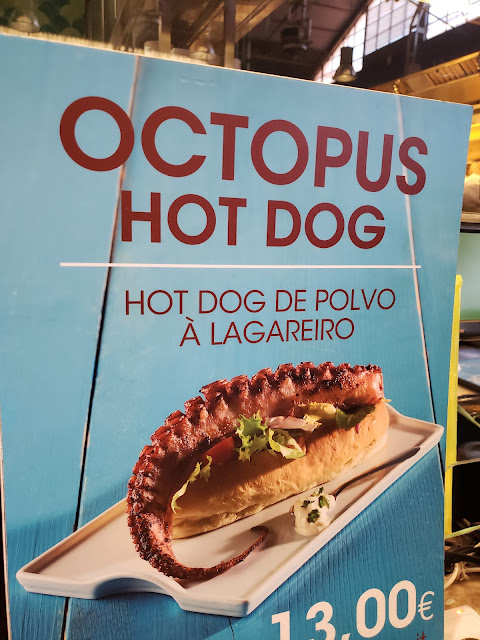 Reportedly this is the fanciest McDonalds in the world.

The Coach Museum which houses the finest collection of royal carriages in the world. 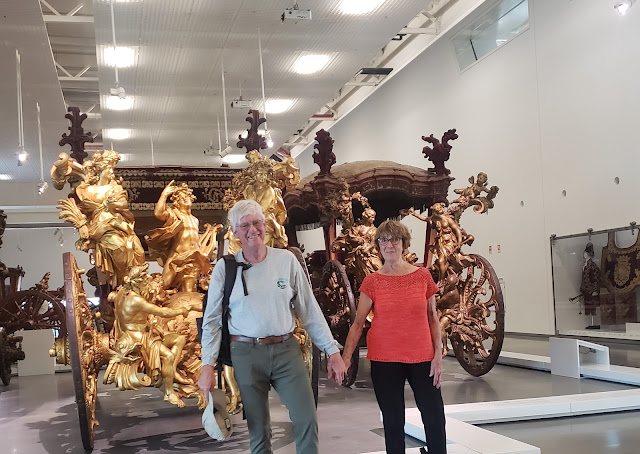 We stand in front of the coach of King Joao (John) V whose coach was considered superior to that of Louis XIV of France.  And, yes, that is real gold. 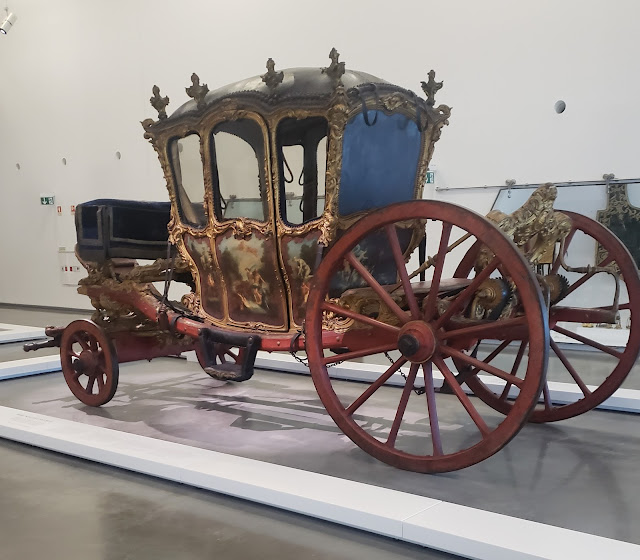 The oldest coaches are from the 15th Century. 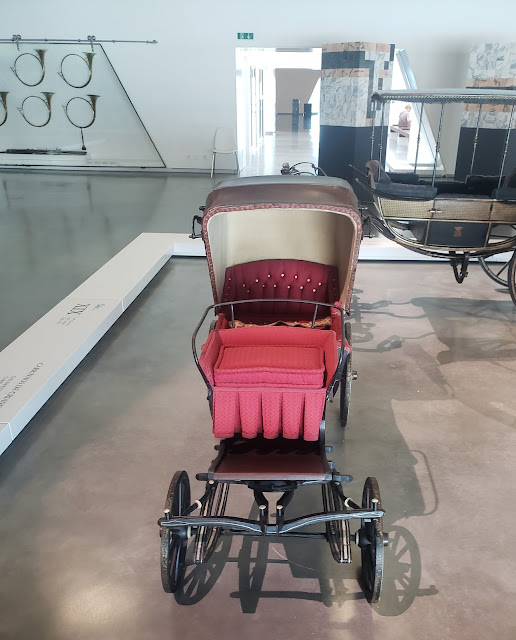 This royal child's carriage was pulled by a pony rather than a matched set of 8 horses. 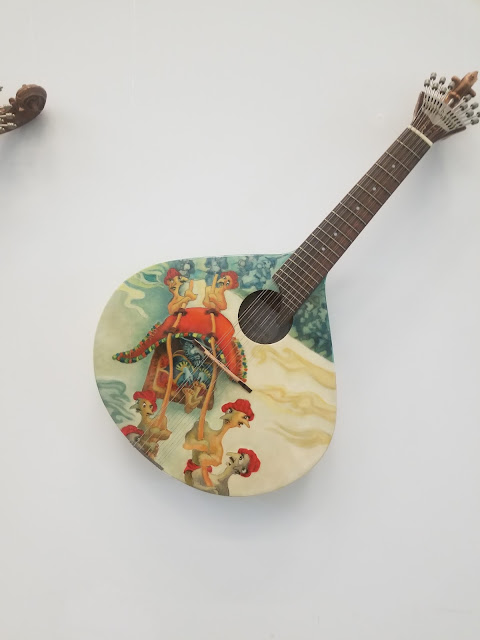 An artistic Portugese guitar which is played in Faldo which is a mournful traditional music. 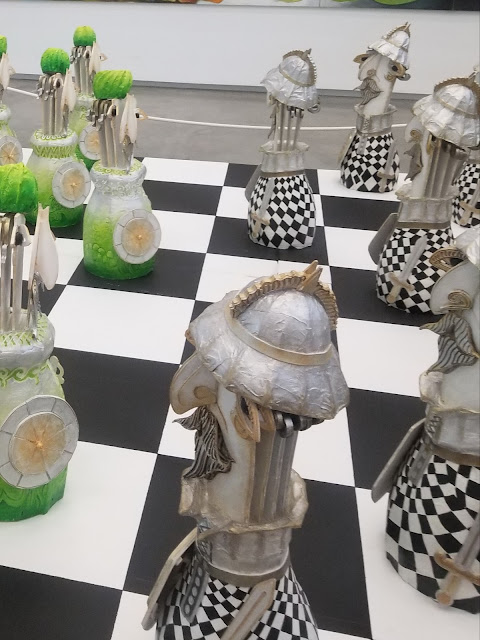 A game of chess anyone?

We picked up our rental car on the fourth day and headed south for the Algarve.  That will be our next blog!

Posted by Drifters Travels at 7:51 AM No comments:

We laughed in PV and had the pleasure of laughing in BC with our friends, Pam and Alex who are from Chicago with roots in New Jersey and New Mexico.  They traveled with us for a bit and learned skills that they had never dreamed they might need and probably will never need again. 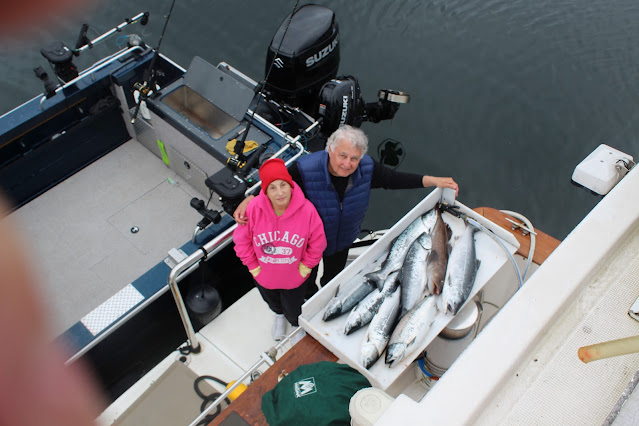 They both became proficient in downrigger fishing for salmon. 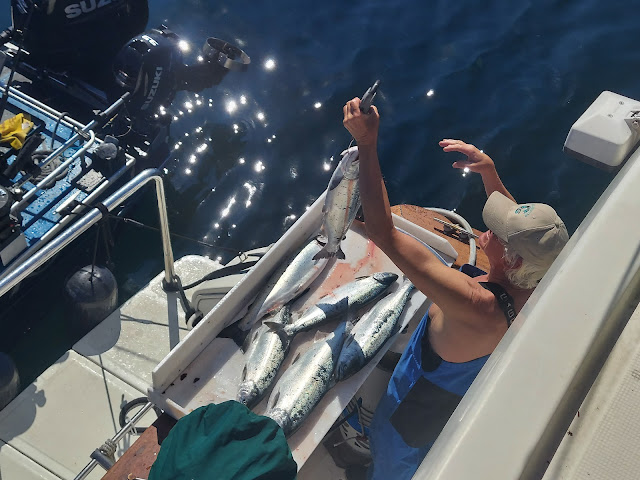 They learned not to laugh when Billy Bob cleans fish 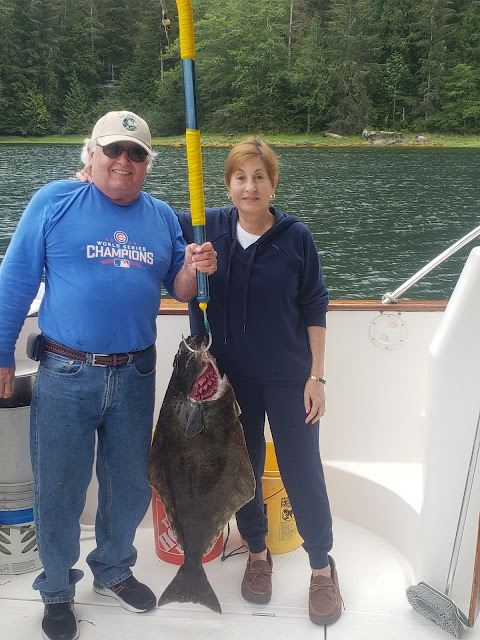 They learned to jig for halibut 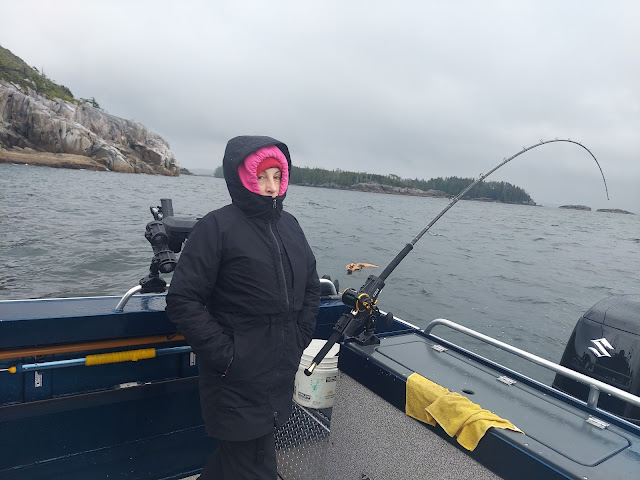 They leaned the benefit of layering clothing 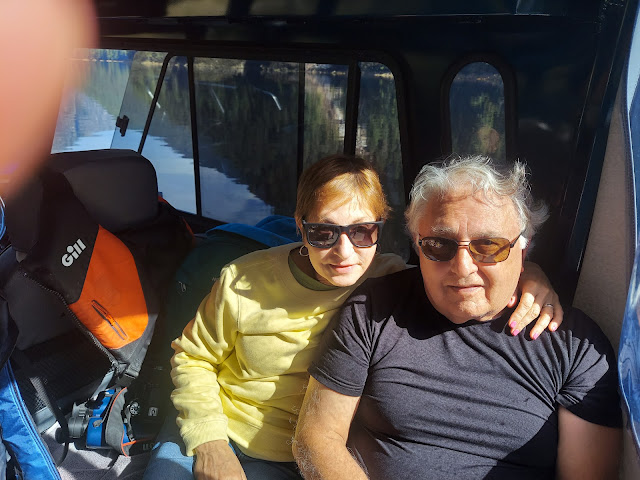 They learned the sun does shine in British Columbia 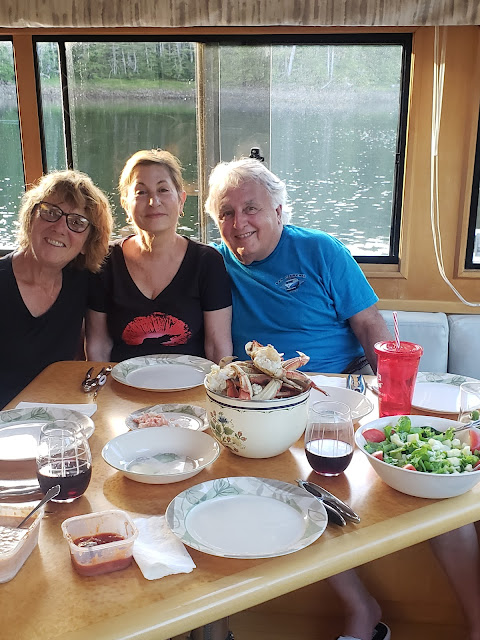 They always knew the value of good food and good friends
Posted by Drifters Travels at 12:30 PM No comments:

As happens often, Ralph and Debra joined us for time on the boat.  It was a spectacular trip and great fun.  We managed to catch "real" fish.  Salmon are more scarce this year porbably because they are late arriving but the competition for food sources provided a survival of the fittest show with a pod of Orcas becoming killer whales as they pursued a pod of dolphins.

A friend inquired why we have so much company on our boat.  The only answer is because we want to share amazing experiences with others.  Some we can do in person and others joing us for a virtual trip.

Join us in our journey of British Columbia!

Posted by Drifters Travels at 8:32 AM No comments:

Jude arrived in Bella Bella with Dad and Uncle Ron in tow.  He was READY  to FISH!  And fish they did! 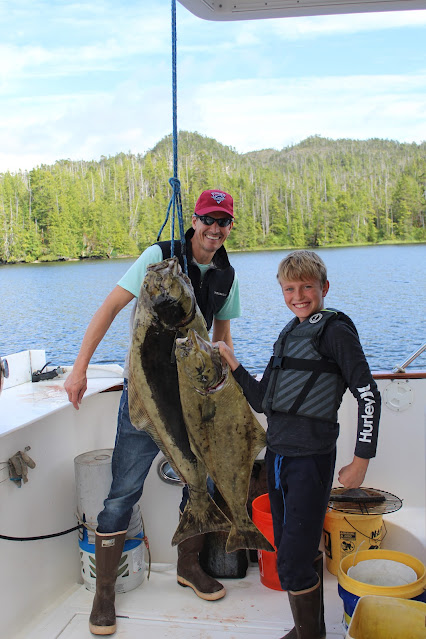 Father and son catching hali on the same day! 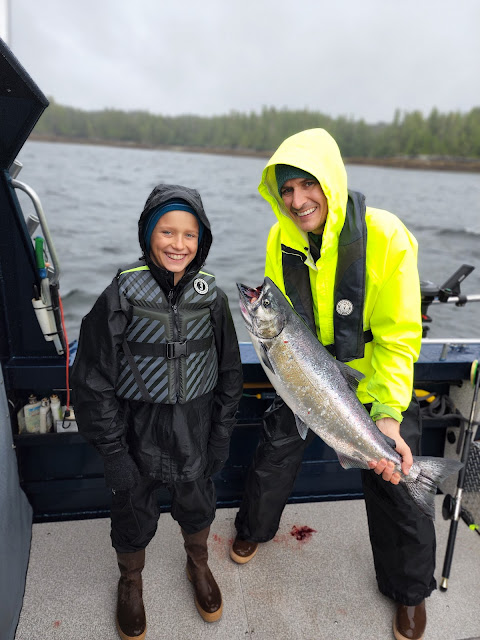 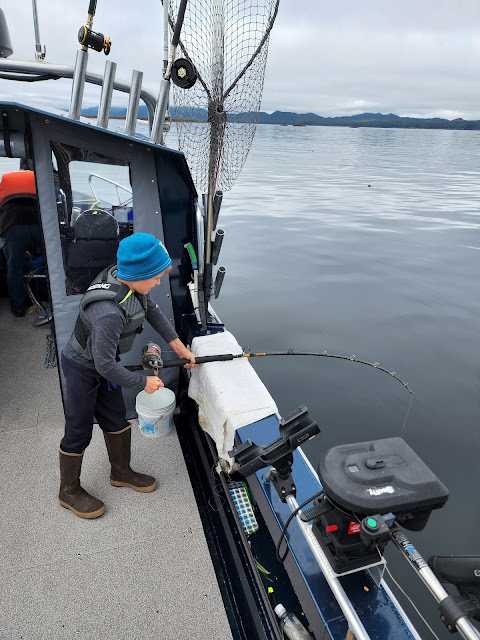 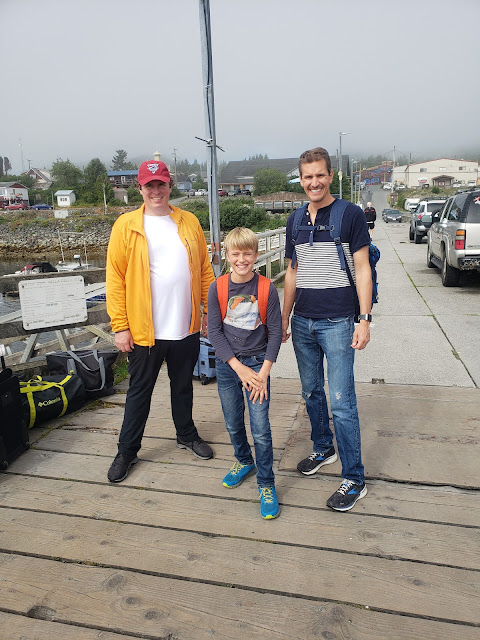 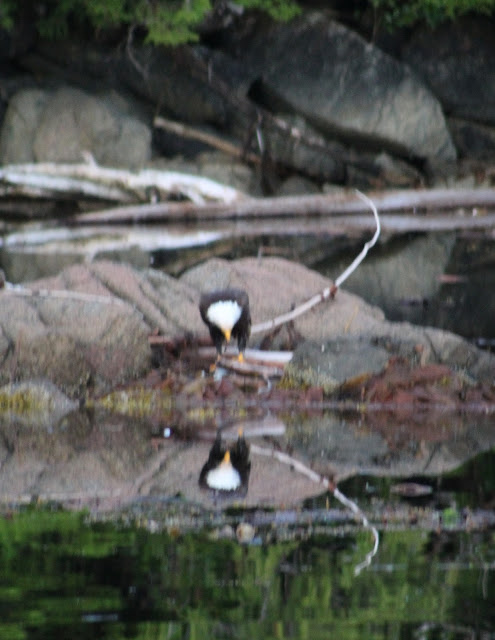 Posted by Drifters Travels at 11:22 AM No comments:

It is always a bittersweer time when we change from one life to another.  Next week we leave beloved Mexico for beloved Canadian waters.  While we realize that there is not a downside to the change, it reminds us each time that another season has ended and time marches on.  Join us for a photo journey of our 2021-2022 season.

Knit for Peace Dolls are not the first dolls I have knit.  It has been my practice to make a doll that resembles the little girl that I make it for.  Meet Ehryanna and "Baby".  Ehryanna bonded with Baby at just over a year old and is much worn for loving but still gets new experiences as Ehryanna grows up.   She has become quite a pro on her Christmas skates!
Just a few years ago, the Puerto Vallarta Botanical Gardens was jungle.  This January we were privledged to have a tour guided by our dear friend and Garden patron, Bob, and his wife Katie.  Ralph and Debra were visiting and joined.  The day included a fabulous lunch at the garden restaurant.  The experience is a "must do" for a PV trip. 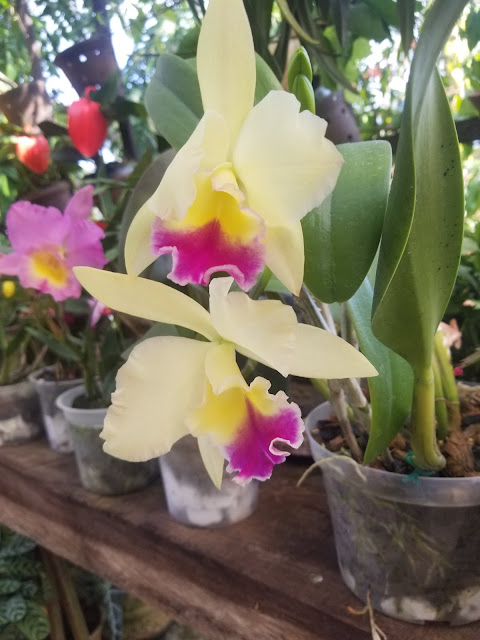 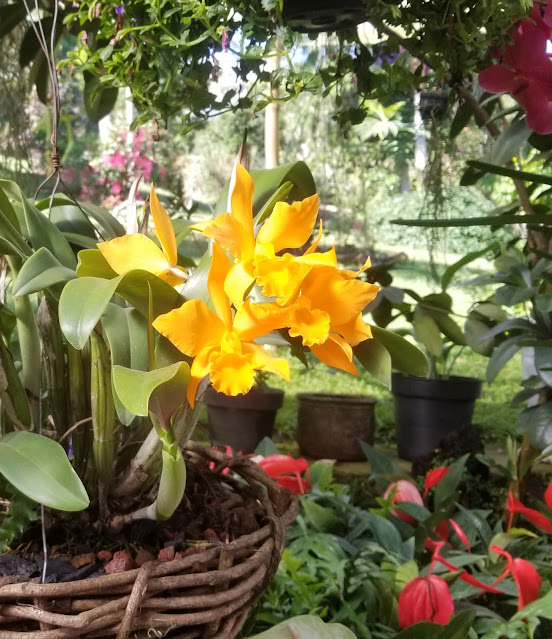 The gardens are known for many things but perhaps is best known for the stunning orchid collection.  These orchids are pleasantly fragrant.
Mother and Child Reunion
We were blessed with a perfect little girl, Elaine Marie who was born on the 26th of January.  We can hardly wait to meet you!

Posted by Drifters Travels at 8:22 AM No comments:

Our return to Canada was heartfelt.  After presenting a negative Covid test, we cleared Canadian Customs in mid-August.  Our first anchorage was Verney Falls, a favorite which has a reversing water fall that attracts bears...but not this time.

Posted by Drifters Travels at 12:29 PM No comments: 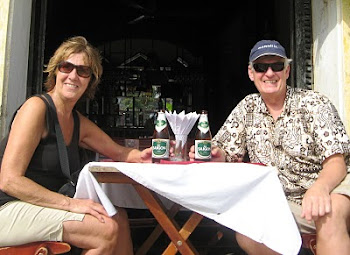